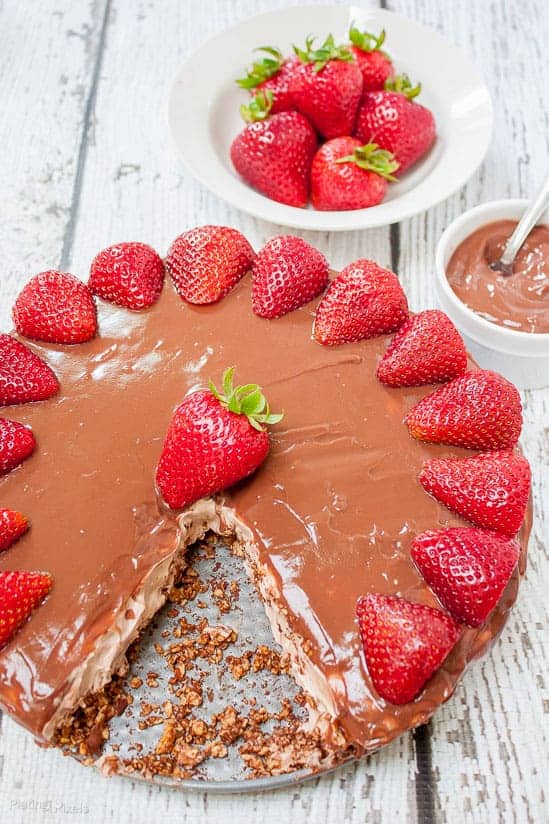 Summer is in full swing, and fun seasonal desserts are a natural pairing. This No Bake Chocolate Pudding Cheesecake recipe with a gluten-free almond crust is perfect for any summer gathering.

This recipe makes creative use of chocolate pudding. Rather than a layered or topped pudding bowl, I took a crack at a no bake cheesecake. It takes two childhood favorites, pudding and cheesecake, and combines them into one yummy and beautiful dessert.

Texture-wise this leans more on the side of pudding than a traditional cheesecake. It’s soft, creamy and so smooth. It doesn’t set like a cheesecake, but is more like eating a slice of cheesecake flavored chocolate pudding. If you want it firmer, put the prepared cheesecake in freezer 30 minutes before slicing and serving. For a creamy and firmer cheesecake, try my Fudgy Chocolate Peanut Butter Cheesecake. 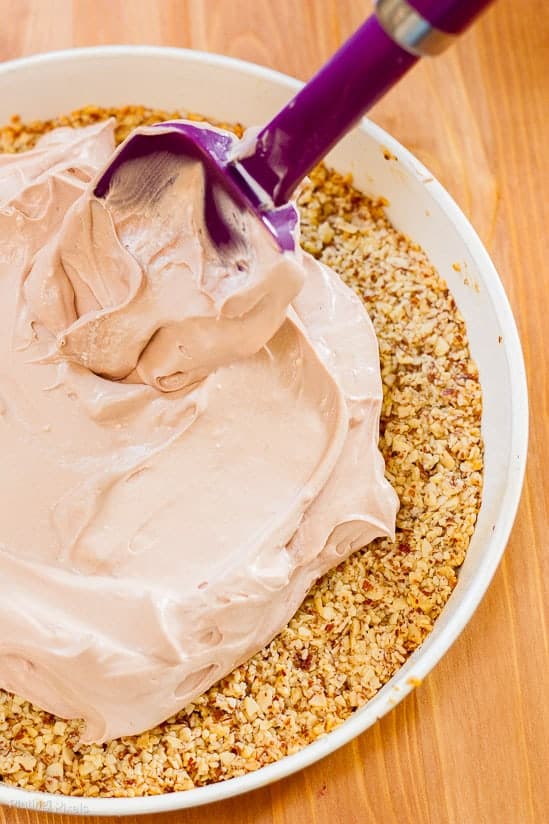 How to make a No Bake Chocolate Cheesecake

Pro tip: Be sure cream cheese is at room temp (softened). Otherwise it will be too thick to stir with chocolate pudding. Chilling assembled cheesecake will thick it back up. 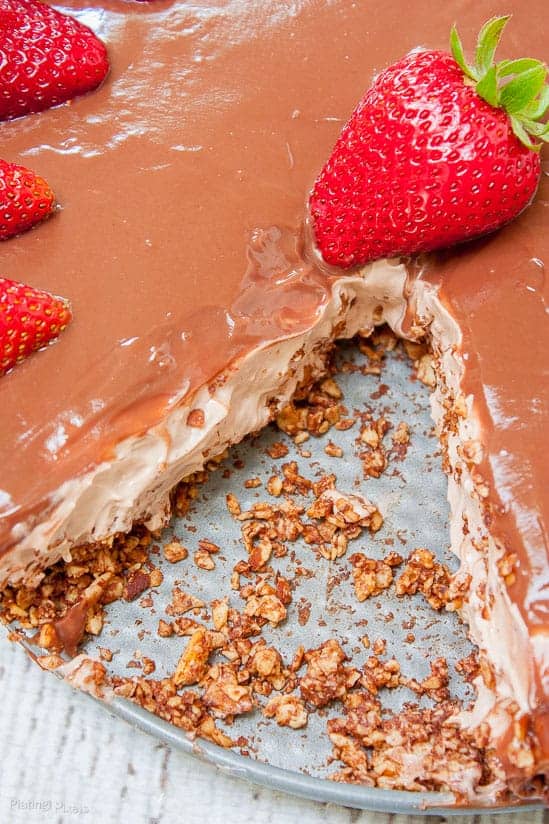 How to make fresh whipped cream

Making fresh whipped cream is simple and only requires a couple kitchen tools and heavy whipping cream. For this recipe I used a 5-speed hand mixer. You could also use a stand mixer or even whip by hand with a whisk.

It’s critical that the cream is as cold as possible for thick and creamy homemade whipped cream. The fat molecules in the cream aerate best if cold; therefor keep cream in fridge and whip right away. You can even chill the bowl you mix in to speed up the process and make thicker whipped cream. Start slow then mix on high for about 5 minutes until stiff peaks form.

Products used in this recipe:

What’s your favorite flavor of pudding?