Instant Pot Turkey Stuffed Bell Peppers are a simple, wholesome all-in-one meal. They’re super yummy and loaded with protein, complex carbs. Plus you even get a good dose of veggies in. 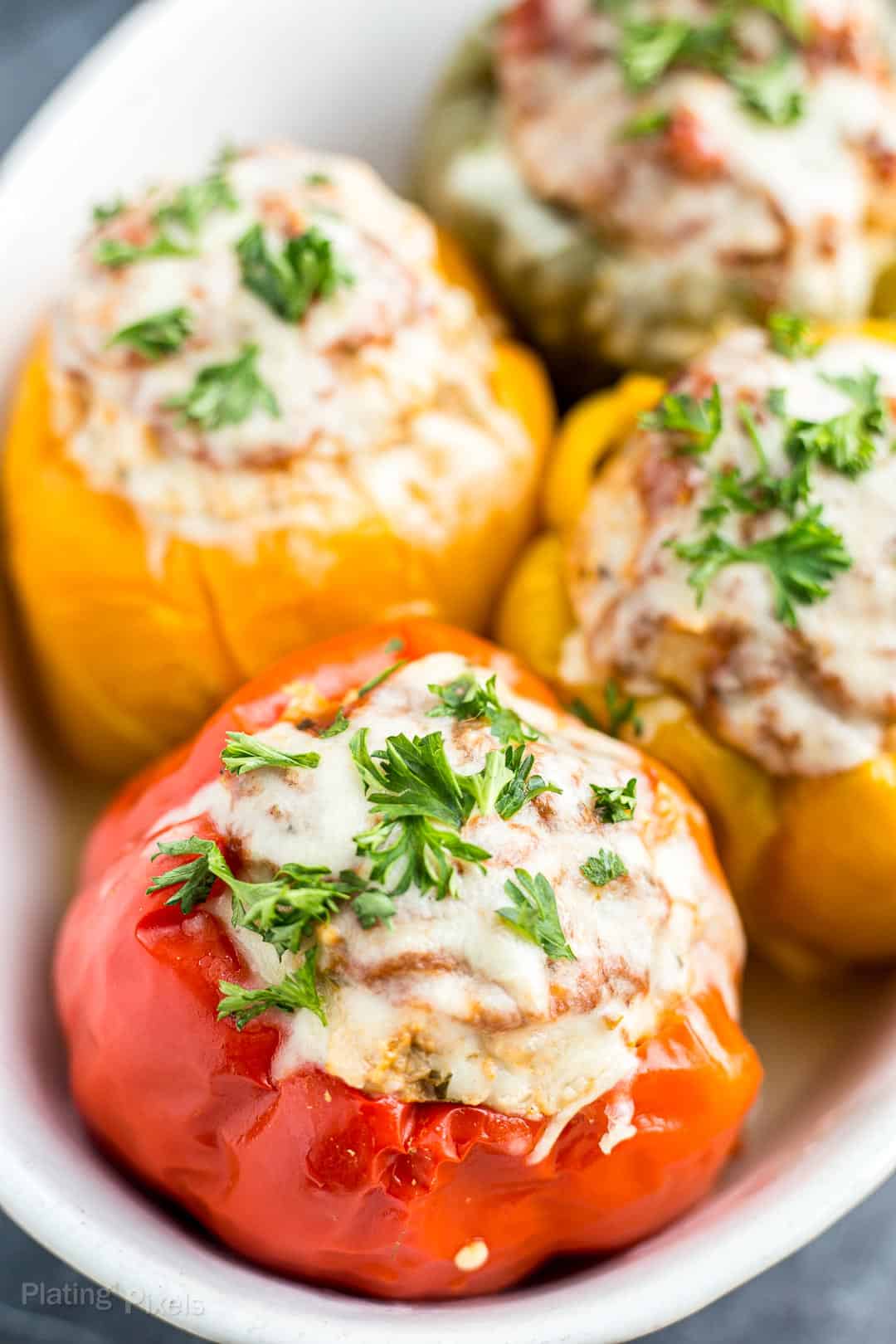 These are so quick and easy, they may become part of your regular dinner menu. Stuffed bell peppers are great for weeknight dinners and are ready in about 20 minutes total.

If that wasn’t enough, read on for even more reasons to try them. 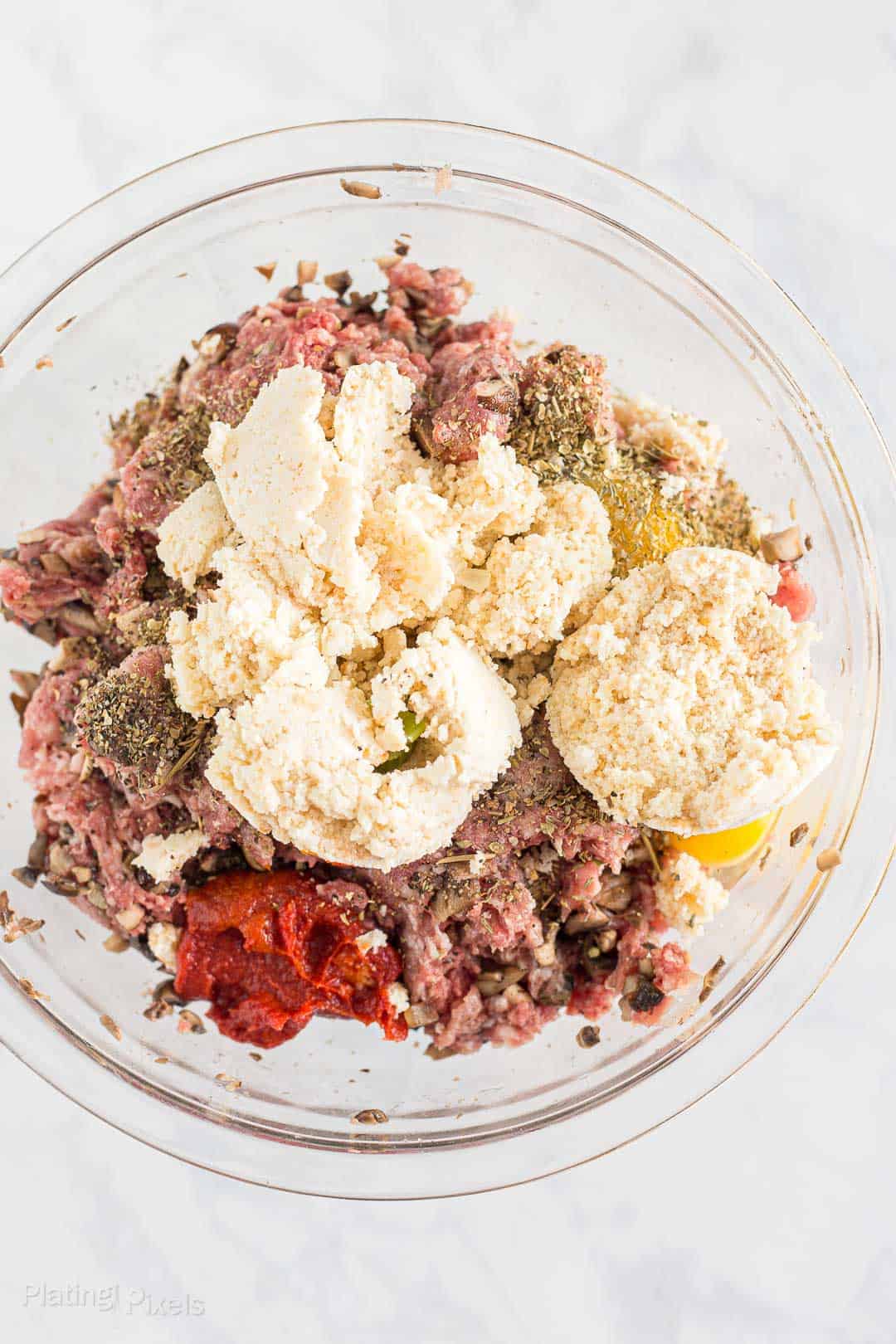 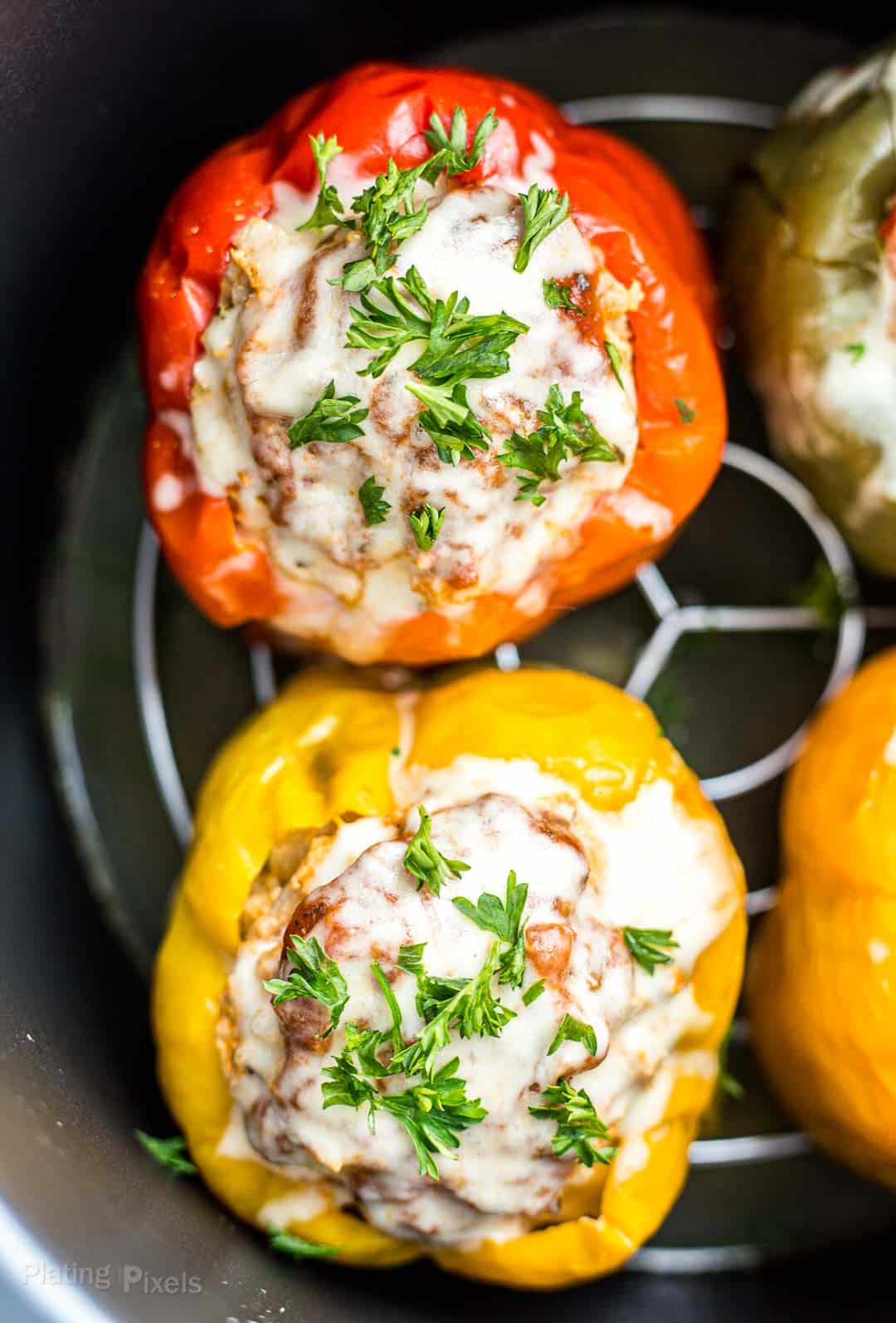 How to Make Stuffed Bell Peppers 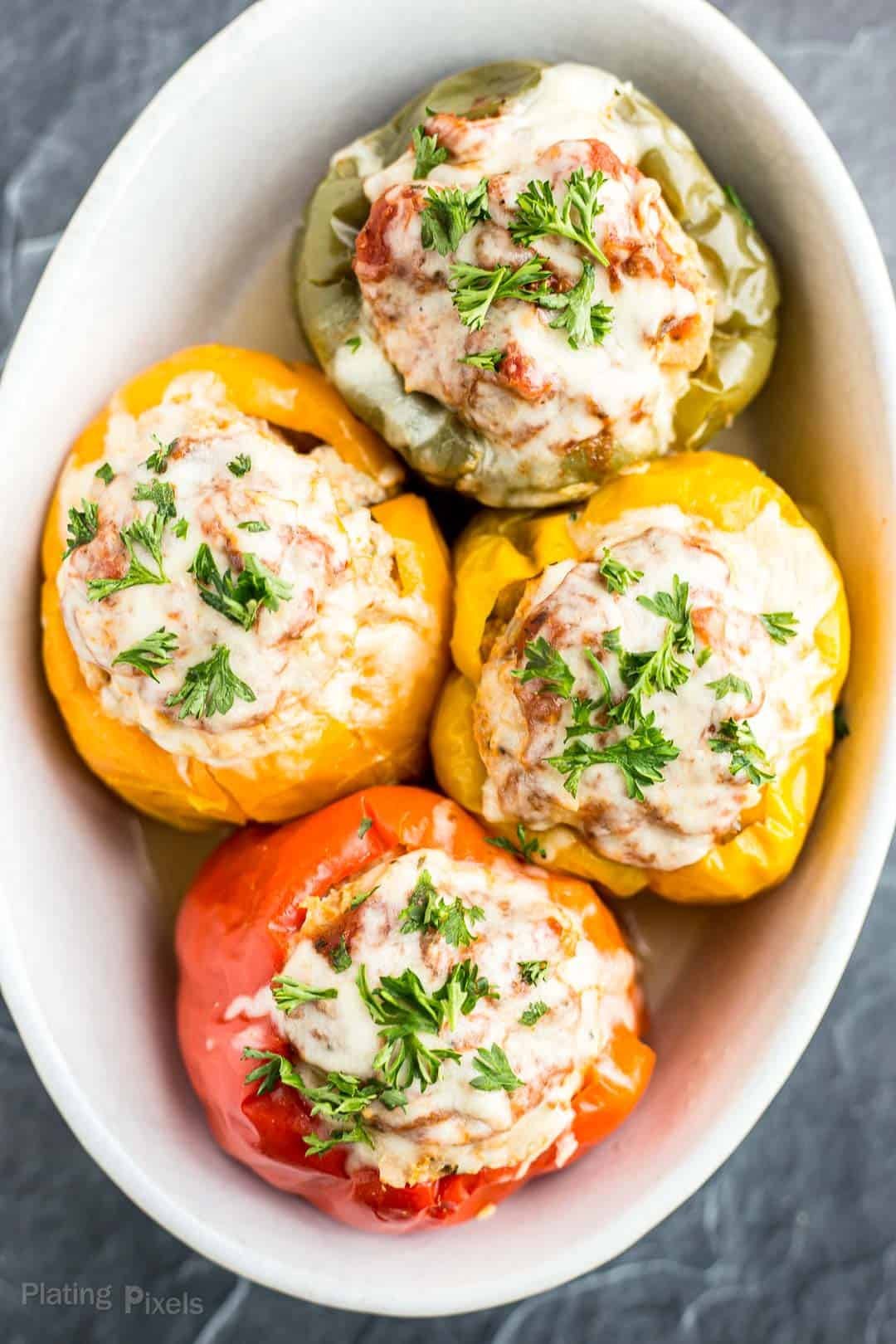 Do I need to pre-cook the meat?

No need. Simply use raw meat and cook inside of the peppers in a pressure cooker.

What about the bell peppers and other veggies?

The bell peppers, cauliflower, onion, and garlic all cook at the same time as the meat. No pre-cooking or sauteeing needed.

How long to cook stuffed bell peppers in an Instant Pot?

How to store and serve leftovers?

Once cooled, store in a sealed container in the fridge for up to 4 days. Re-heat in the microwave or oven until warm.

You can also freeze leftovers for longer storage. Wrap the cooled stuffed bell peppers in plastic wrap, place in a sealed container and freeze for up to 3 months. Defrost in the fridge before reheating.