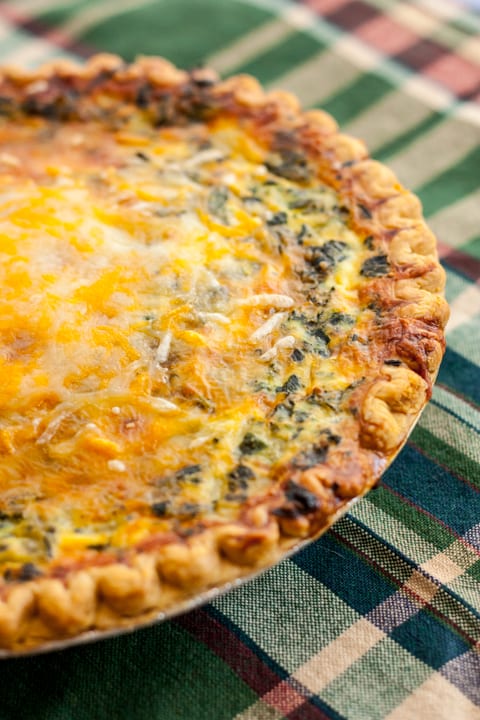 Speaking of a plethora of events happing, I recently moved. It was a local move less than an hour away, but still manages to be a lot of work regardless of distance. I’m getting settled and hope to get back to my recipe development and food photography soon. I’ll be learning the lighting of my new location and best places to photograph. Hey, I feel life should always be changing and challenging.

My Campfire Style Nutella S’mores Pie recipe was just featured on Buzzfeed in a recipe roundup. So ya, I’d say it’s been interesting. 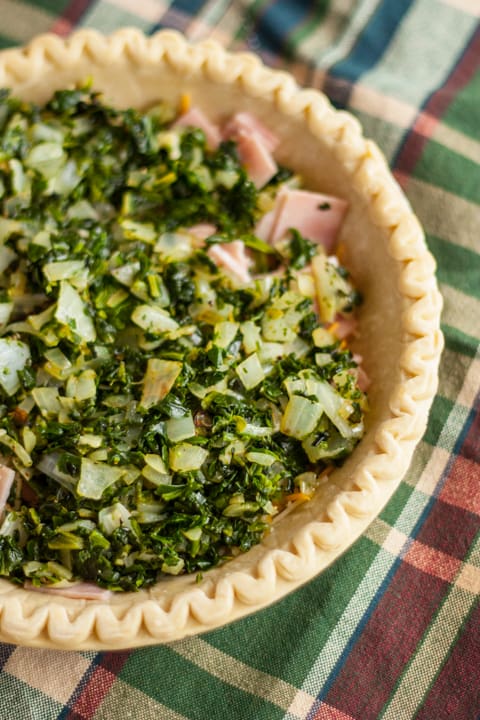 Enough rambling and back to the reason you’re here; this Mushroom, Spinach and Ham Quiche recipe. I was surprised at how simple quiches are to make. Vegetables and sometimes meat are combined with an egg base and baked in a pie crust; simple as that.

To make this recipe more accessible I recommend using a store-bought pie crust. Hey, it’s not cheating. A mixture of mushrooms, spinach, ham and cheese create a creamy, rich and moist quiche. Adding a pan of water in rack below adds moisture to the baked quiche. Read my food science tip below for a more detailed explanation. 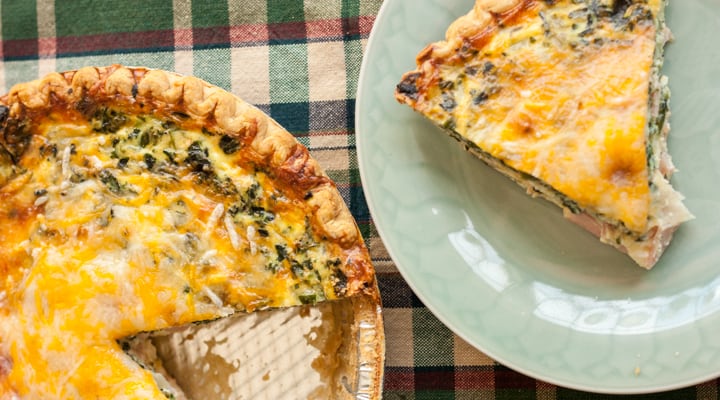 Products used in this recipe:

Notes: Leftovers can be stored covered in a refrigerator for a few days. Microwave or bake before serving.

Welcome to Plating Pixels, a food blog with easy dinner recipes, healthy comfort food, and the occasional decadent dessert. My name is Matt Ivan, and here you'll find hundreds of fully-tested recipes made with commonly found ingredients, plus tips to improve your cooking.
Read more about Plating Pixels →