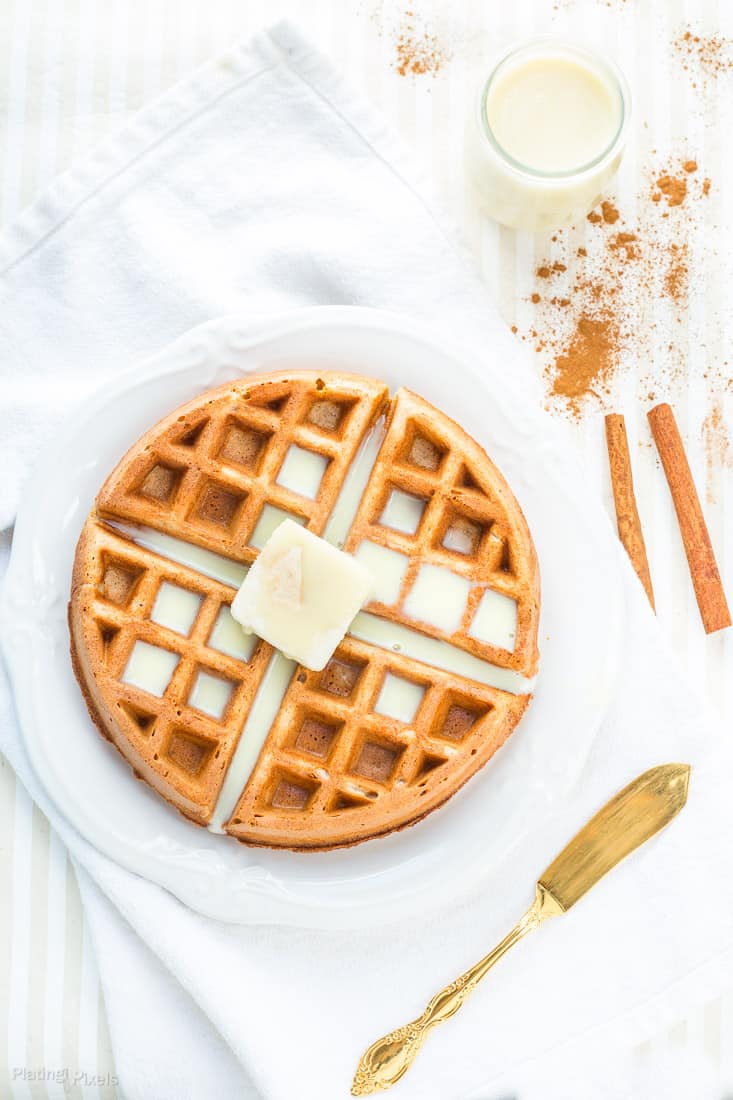 I love the holidays and the fun foods that go along with it. Some of my winter favorite flavors are hot chocolate, peppermint, cranberry, rosemary, and of course eggnog. My mother would often make her own eggnog from scratch, but store-bought works perfectly fine for this recipe.

What makes the holiday even more fun is recipe hacks like these healthy and gluten-free Eggnog Waffles. Eggnog isn’t just for drinking and dessert anymore. Breakfast is a perfect time to enjoy eggnog now thanks to these waffles. The eggnog is cooked right into them instead of milk, with added holiday spices of nutmeg and cinnamon. 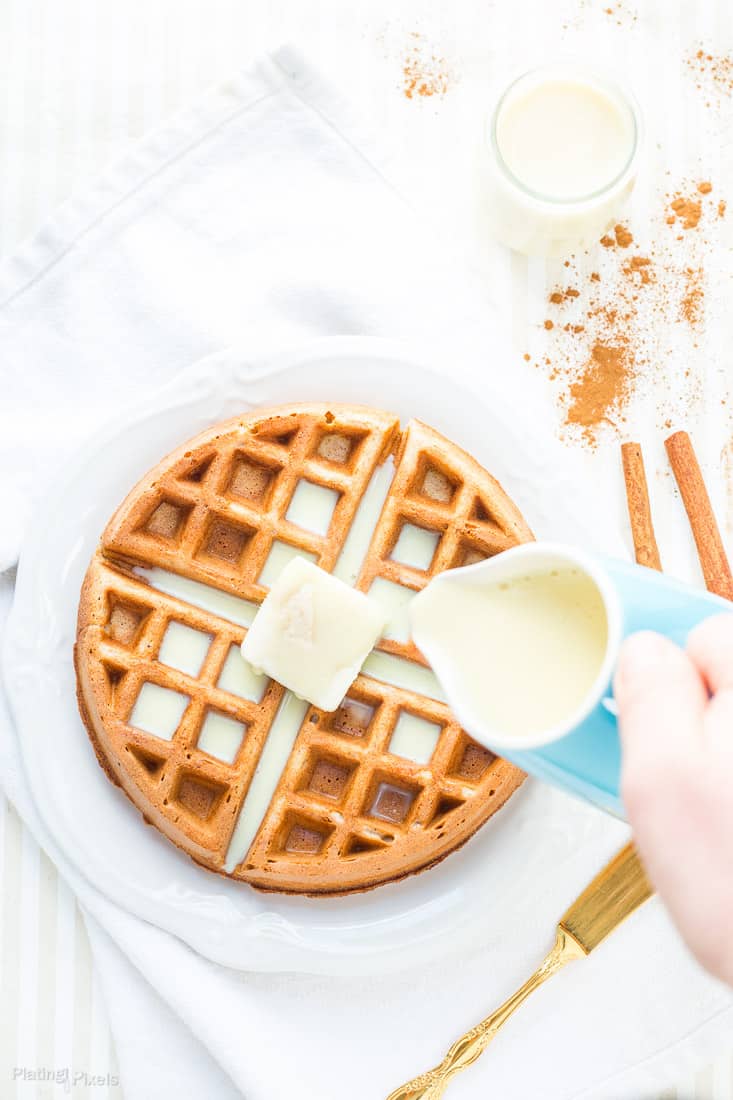 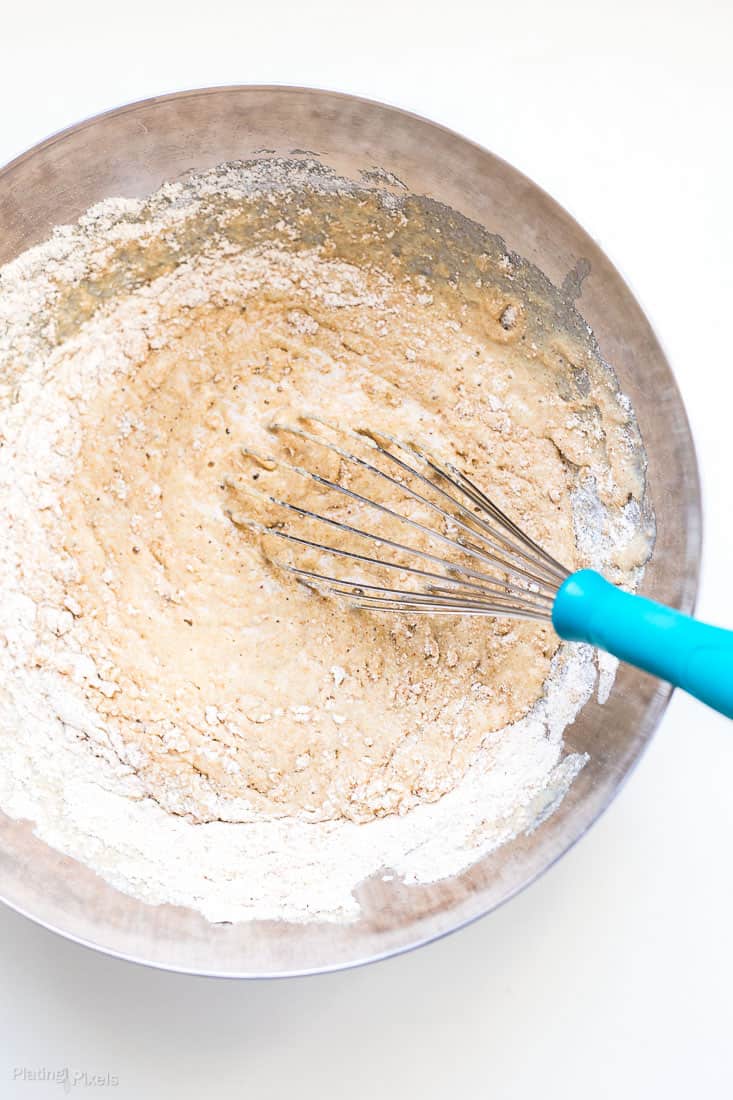 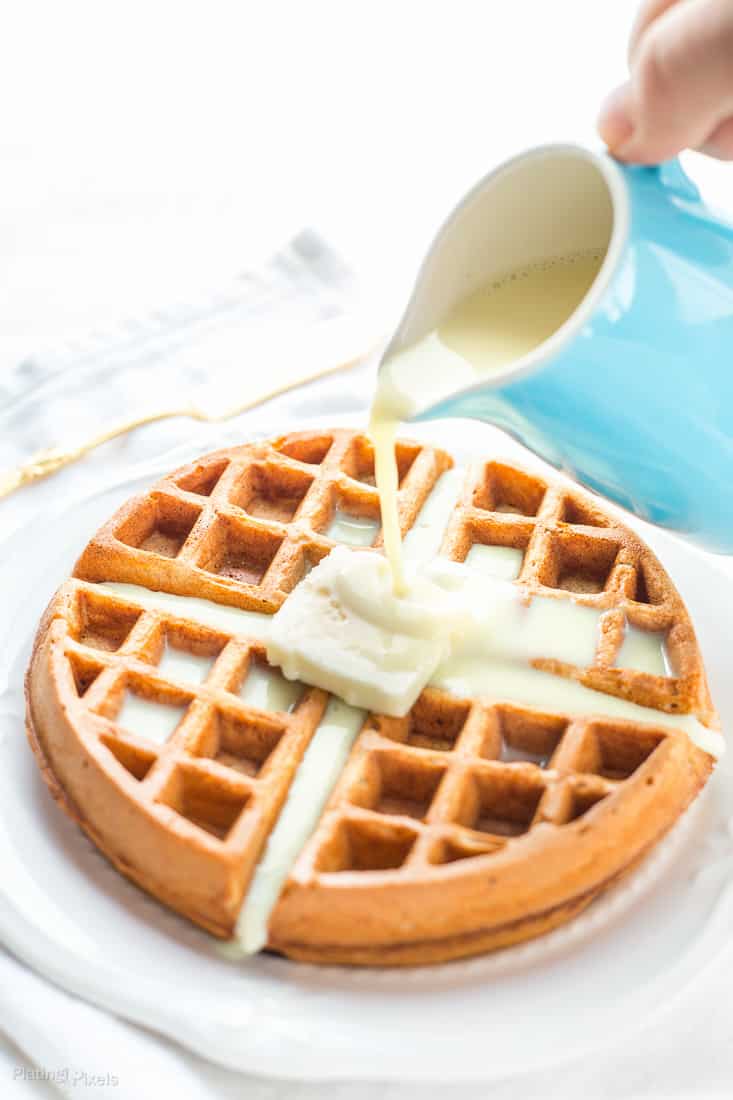 How to make Eggnog Waffles in advance

Can you freeze waffles for leftovers? Yes! The great thing about waffles is that they freeze really well. You can make a big batch of these then store them in the freezer. Bring one or two out when you need them and you’ve got yourself a delicious, festive and super quick breakfast for weekdays!

Crisp them up in a hot oven for a couple of minutes and they’re ready, there’s no need to thaw them first. 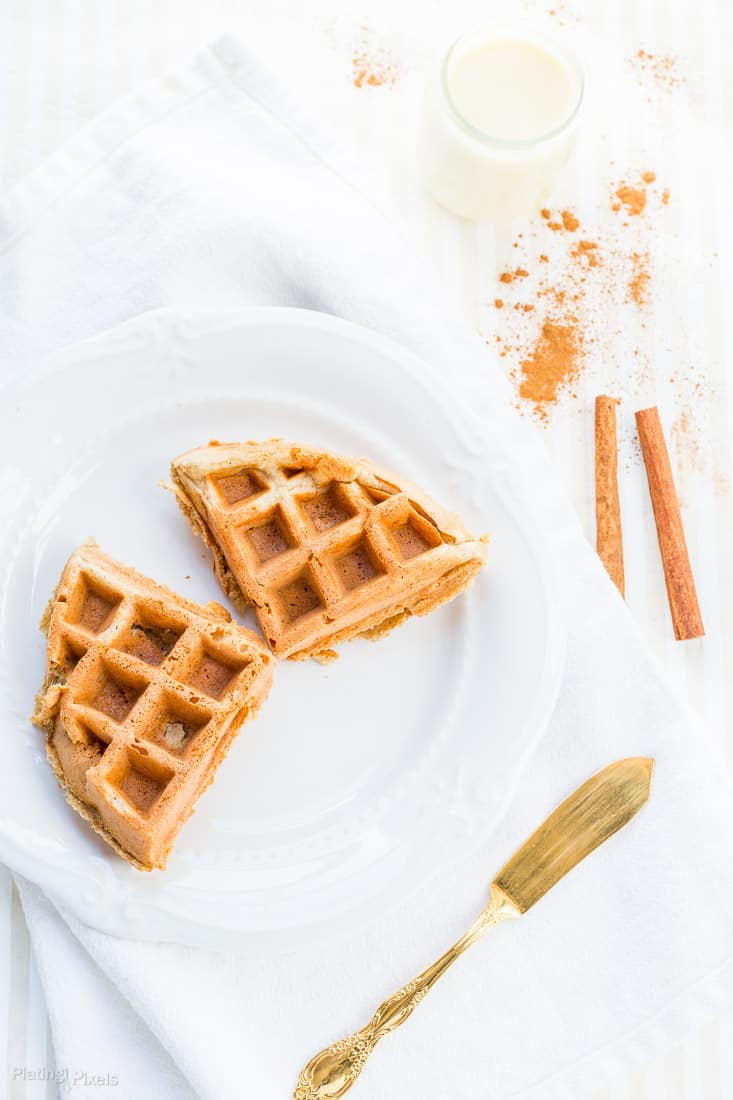 These contain no butter or added sugar, and are naturally sweet and healthy waffles. To top it all of, instead of syrup go ahead and drizzle with more eggnog. Go ahead and try it, you’ll thank me later. 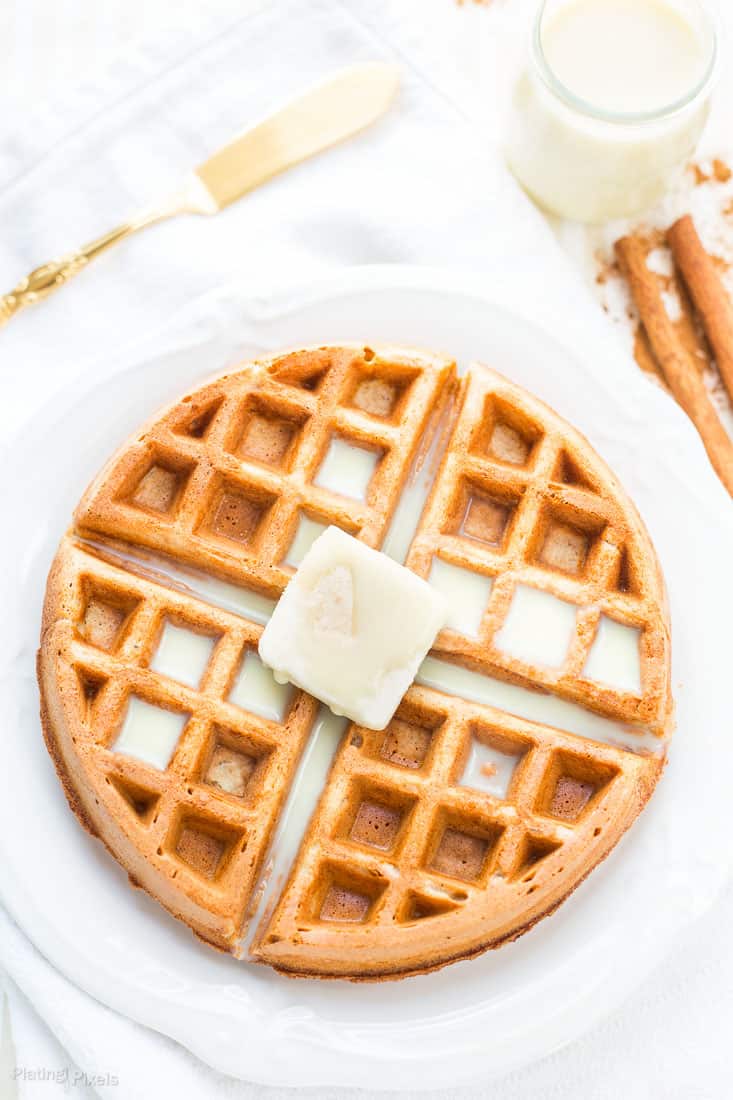 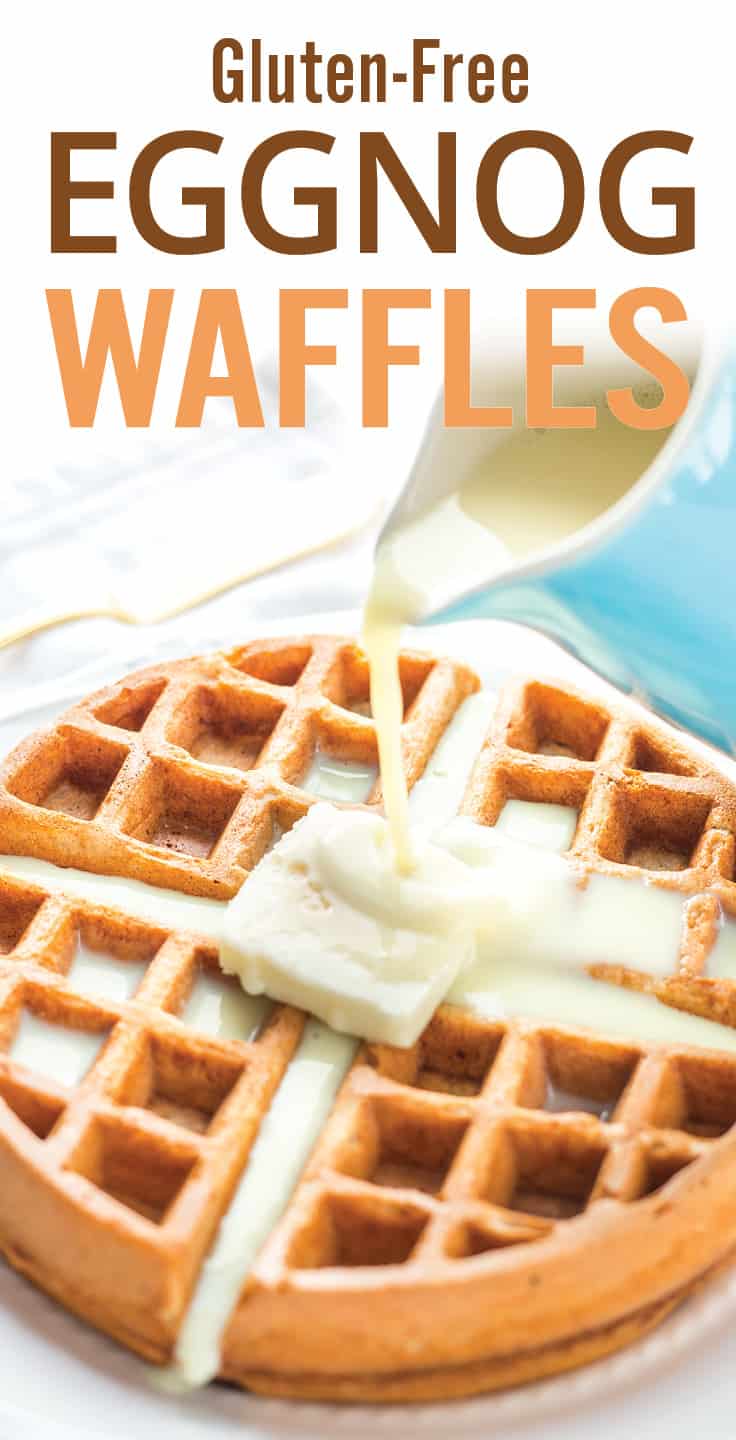