Learn everything you need to know to a make fluffy airy and Cheese Souffle with Brie in this fun and fancy recipe. Soufflé is so simple, anyone can make it at home. Plus I’ll share plenty of tips to make it come out perfect every time.

This post is sponsored by Joan of Arc Cheese but the content and opinions expressed here are my own. 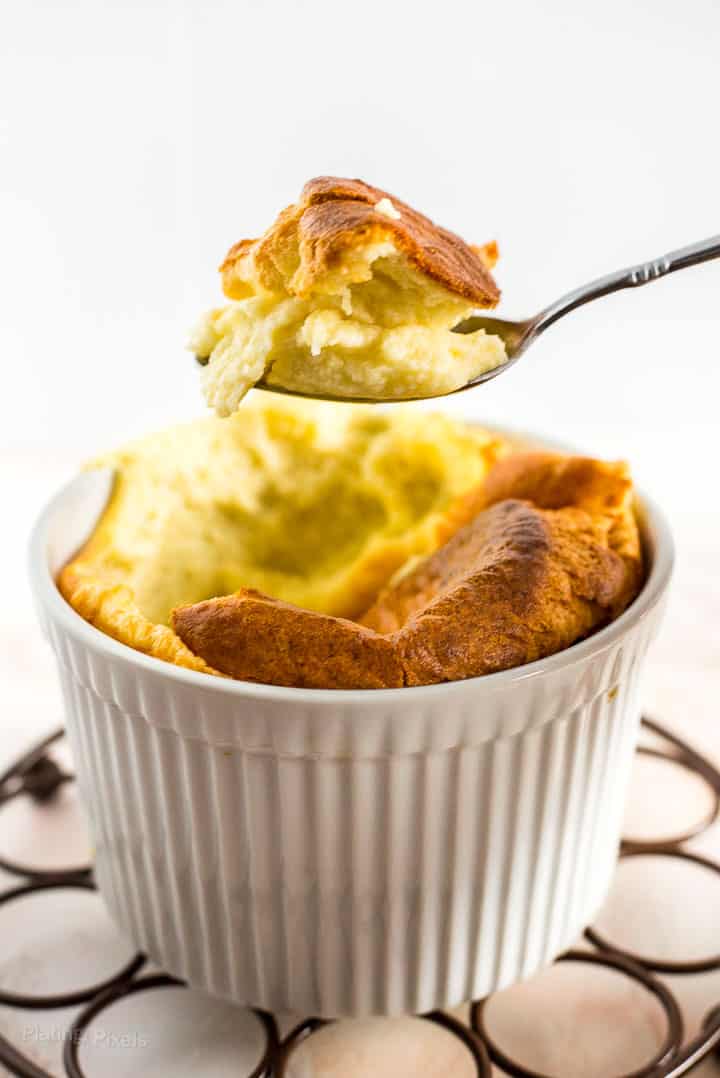 Cheese souffle is a popular French delicacy that’s common in upscale restaurants. Just because it’s fancy, doesn’t mean it’s off limits to home cooks. In fact, soufflés are quite easy and only require a few ingredients.

Ingredients in a cheese souffle and why to use them 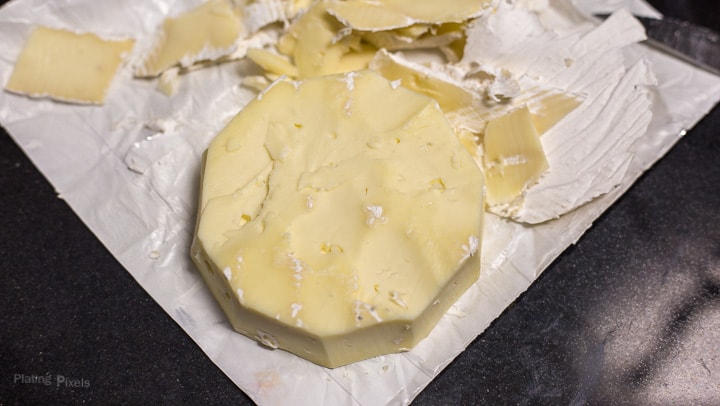 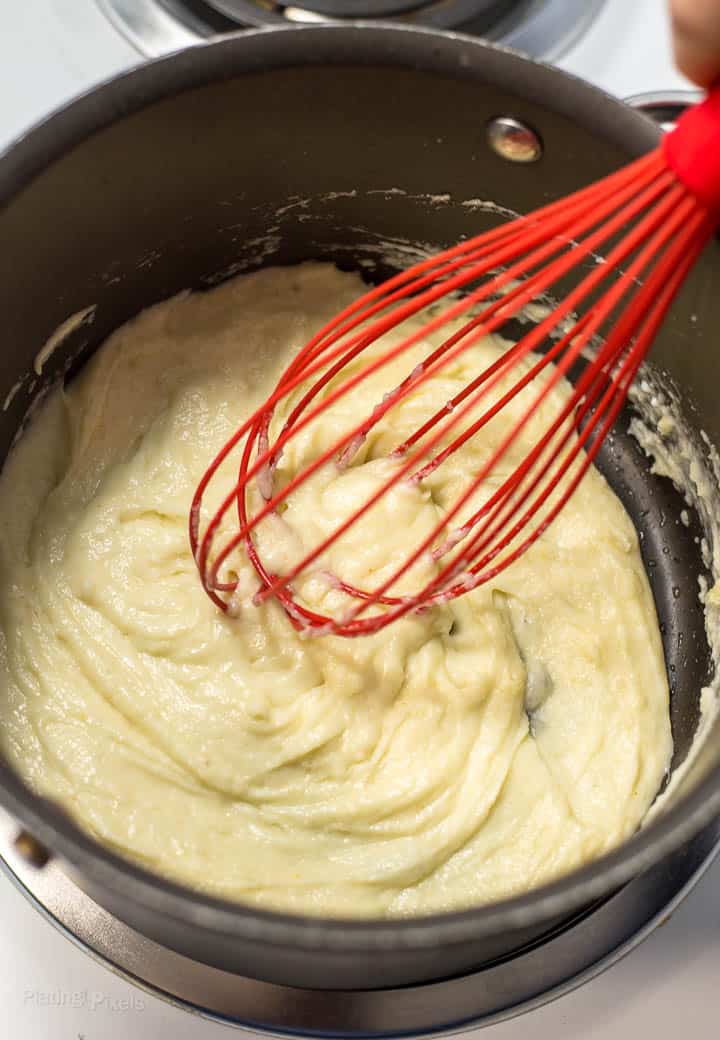 How to make a cheese souffle 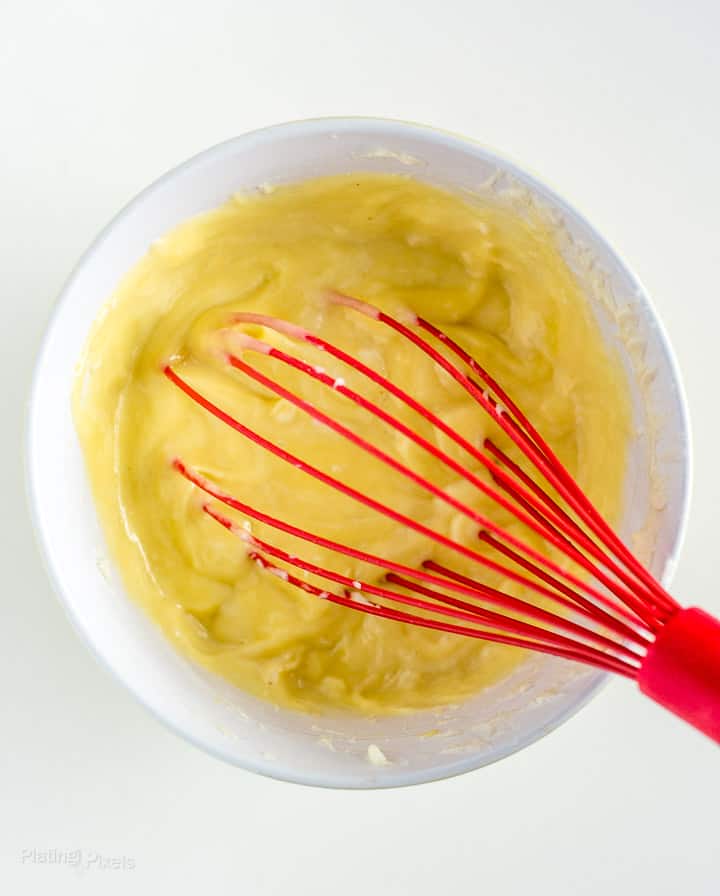 What cheese to use in a cheese souffle?

Cheddar, Parmesan, Colby Jack, Havarti, and Gruyere all work well. I used brie cheese to make this Easy Cheese Souffle unique. Be sure to cut off the rind for a creamy texture and easy melting.

Joan of Arc® Brie is a soft-ripened double creme cheese that adds mellow flavor to this Easy Cheese Souffle. It has a mild mushroom flavor and melts very well. Brie is great served on its own room at temp with crackers, nuts, fruits and spreads, or is a unique addition to cheese soufflés. 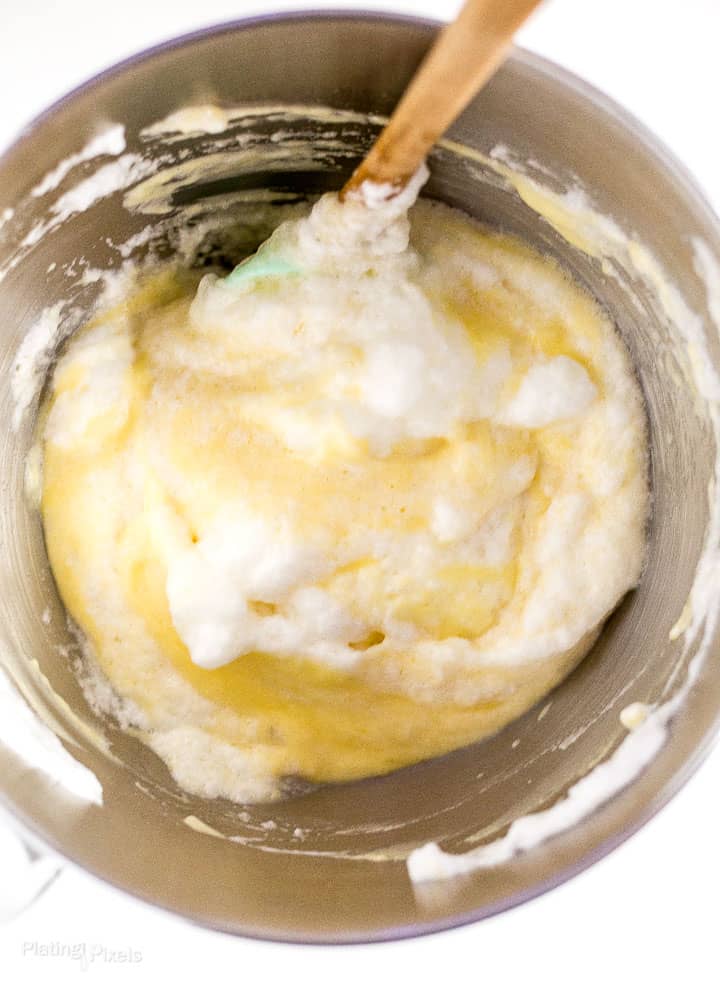 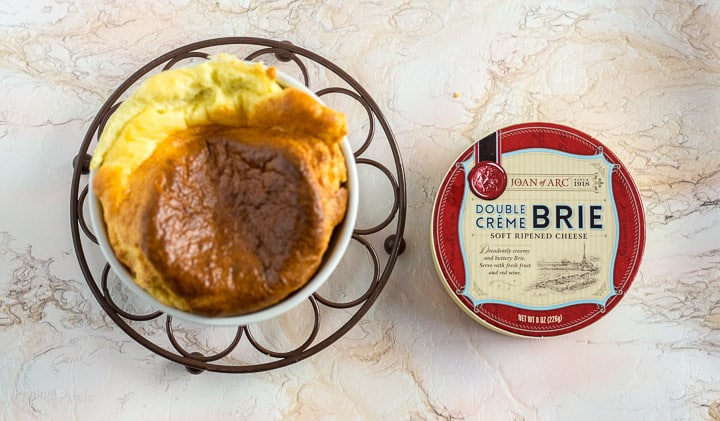 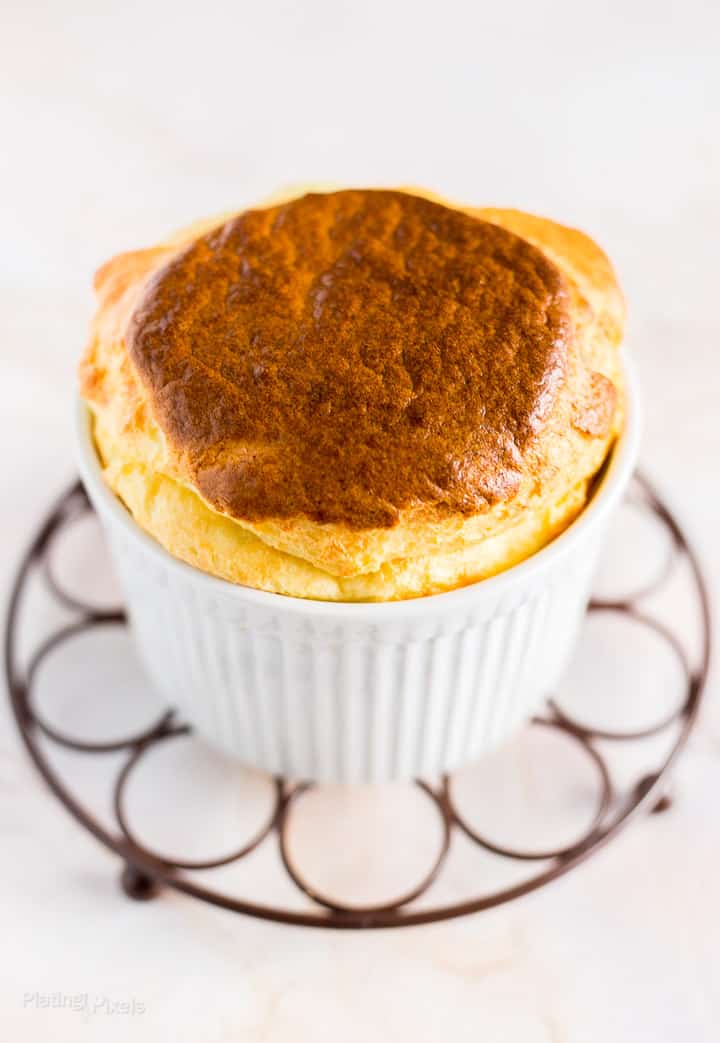 How much space to leave in dish when baking cheese souffle

Fill ramekin about ¾-inch in from top to allow cheese souffle to rise. It should puff up about ½-inch over top.

How to tell if cheese souffle is cooked

The top will be crisp and browned, slightly more than golden and souffle will have risen. Shake dish a bit, just a bit of wiggle is good. You can insert a knife in the center and it should come out clean, but isn’t the best for presentation. 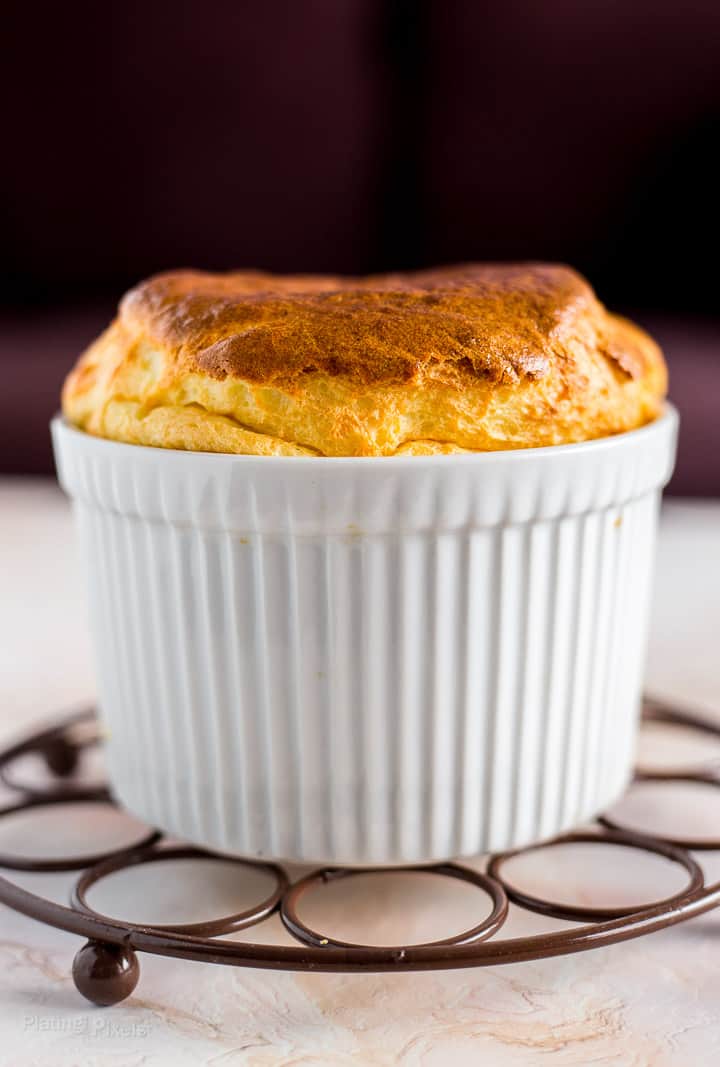 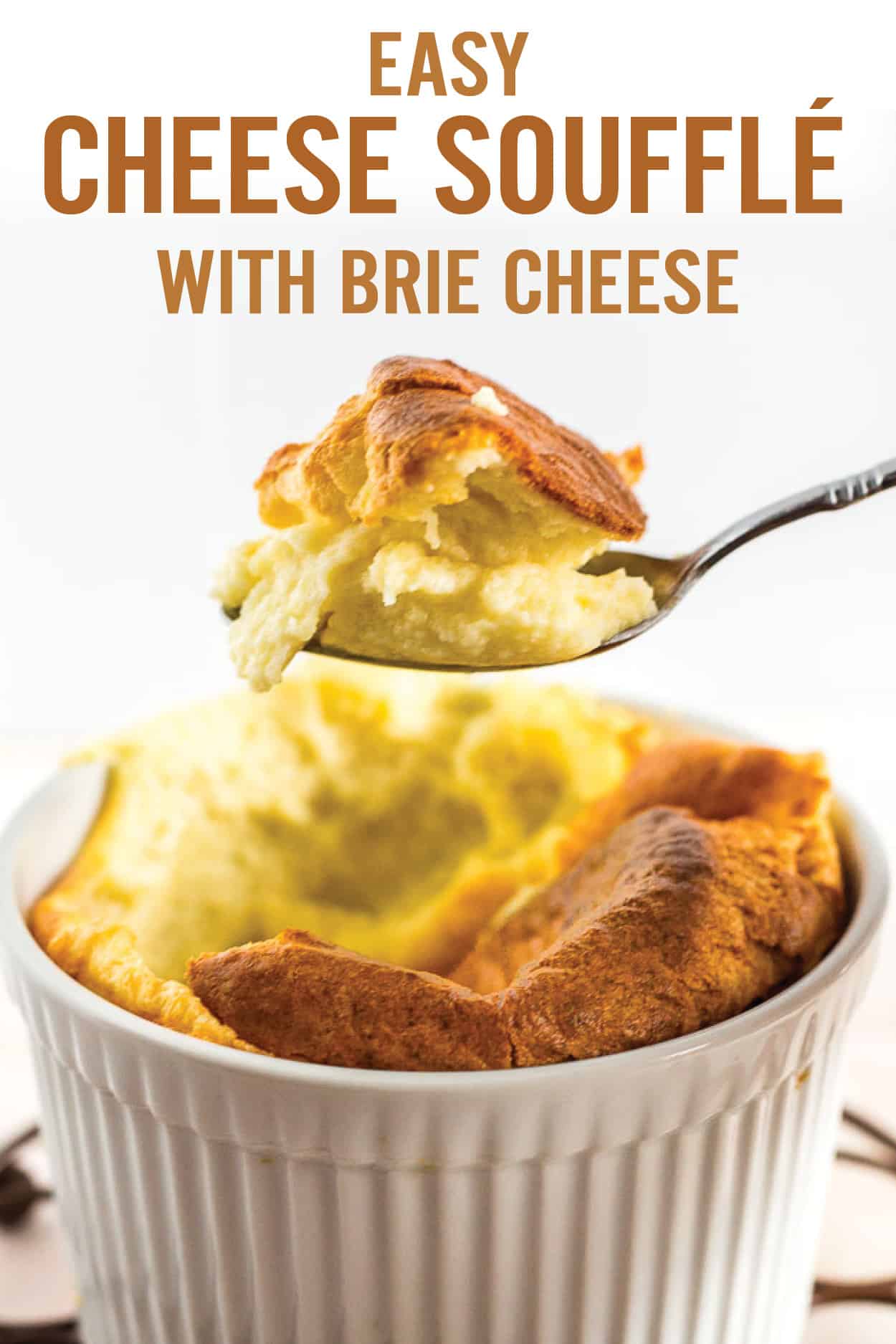