Apparently I enjoy turning holiday drinks into desserts; I keep learning new things about my cooking style everyday with this food blog. The last recipe I posted was for Spiced Hot Chocolate Peppermint Cookies, a culinary twist on a beloved beverage.

In an effort to be creative with my recipes, this is what you get. With Christmas coming soon, apple cider and eggnog drinks will most likely be enjoyed. This Apple Cider Cheesecake with Brown Butter Apple Compote is a perfect complement. 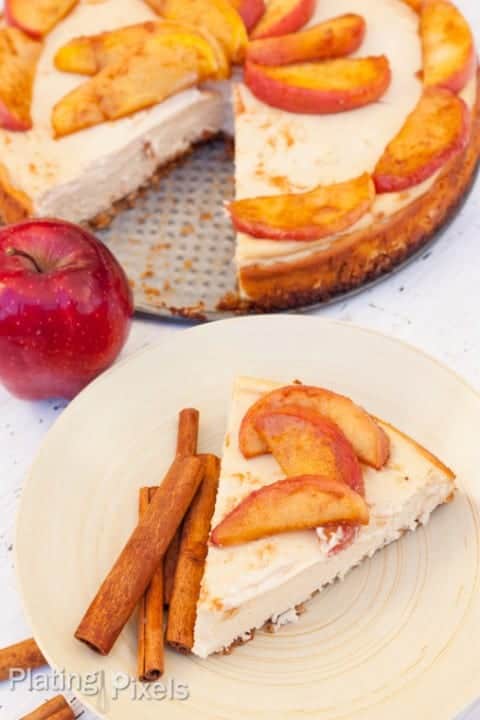 I don’t exactly remember how the recipe idea came to me, but I was talking to Olia, and it was something like this…“Hey, wouldn’t it be cool to take instant apple cider drink powder and add it to a vanilla cheesecake?” Bam! Simple as that, a holiday twist on cheesecake is born. I honestly don’t know if this is out there already, and haven’t checked. I prefer to stay blissfully happy about my creation. 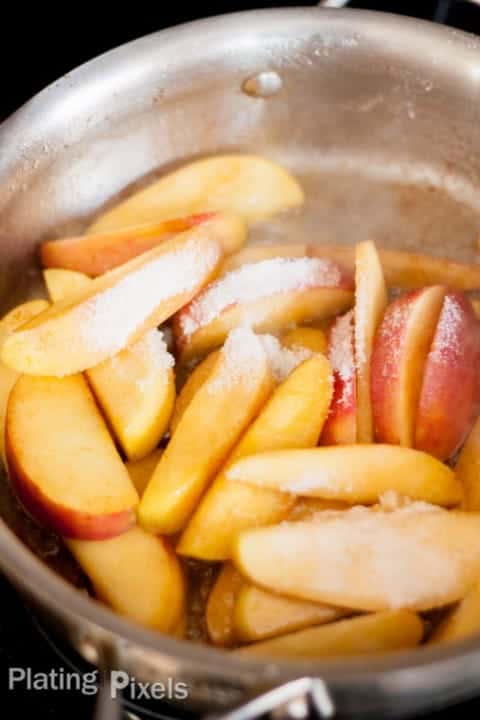 You’ve never had a cheesecake like this. It literally tastes like an apple cider, and almost has a bit of caramel undertone. A few packets of instant apple cider perfectly flavors the vanilla cheesecake. On top of that, no water bath is required for this recipe, so it’s pretty easy to make. 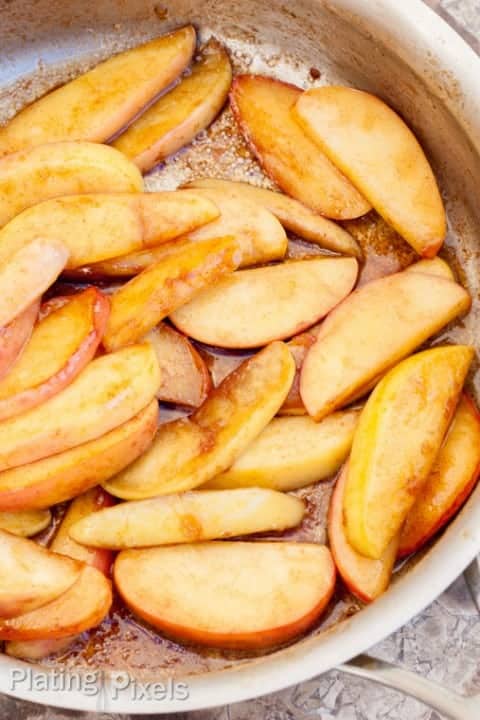 A toasted nutty gluten-free walnut crust helps to keep this recipe safe for dietary lifestyles. To top off this rich and creamy cheesecake, a simple Brown Butter Apple-Cinnamon Compote is added. Heat apple wedges, sugar and cinnamon in a bit of browned melted butter to flavor and slightly soften the apples. I truly hope you have a wonderful holiday season and please do enjoy this Apple Cider Cheesecake with Brown Butter Apple Compote. 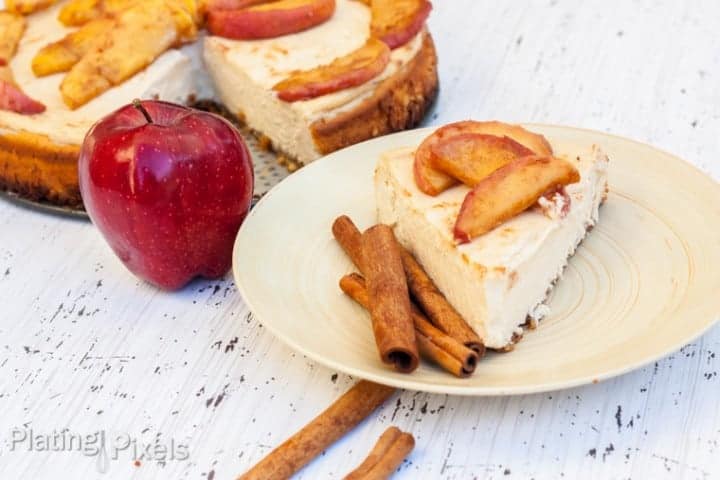 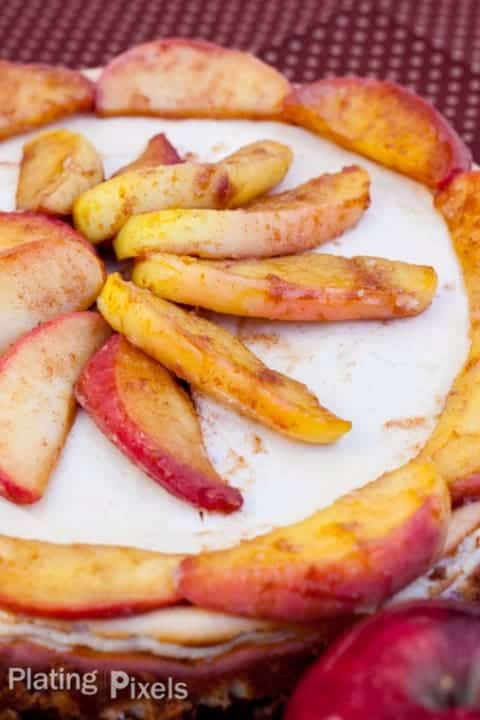 The wedges of the apple compote create a beautiful topping. Whether preparing for food photography (unlikely for you as the reader) or serving this to your guests, take the time to carefully arrange them on the top. I chose to create a radial pattern in the center and an even ring around the outside. It really does set it to another level. I bright red apple and some cinnamon sticks (not used in the actual recipe) create a story for the recipe. An almost birch-like background of wrapping paper give a rustic, yet classic look. 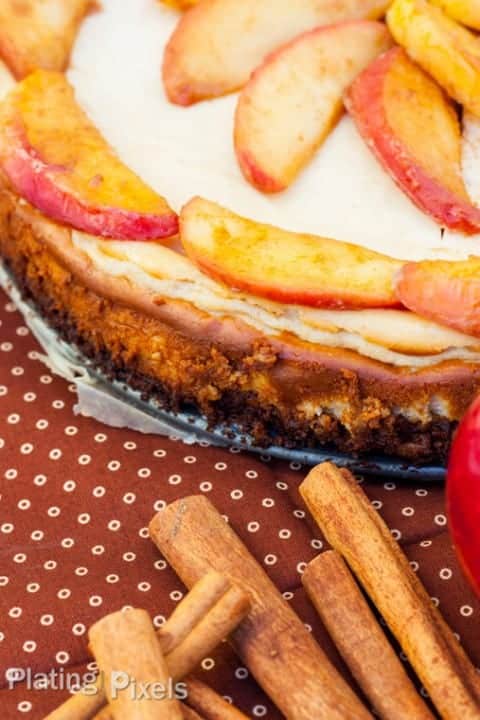 – Recipe time does not include chilling
– Vanilla cheesecake base adapted from Baking Secrets. Print. 2014.
– Walnut crust recipe from http://allrecipes.com/recipe/walnut-pie-crust/